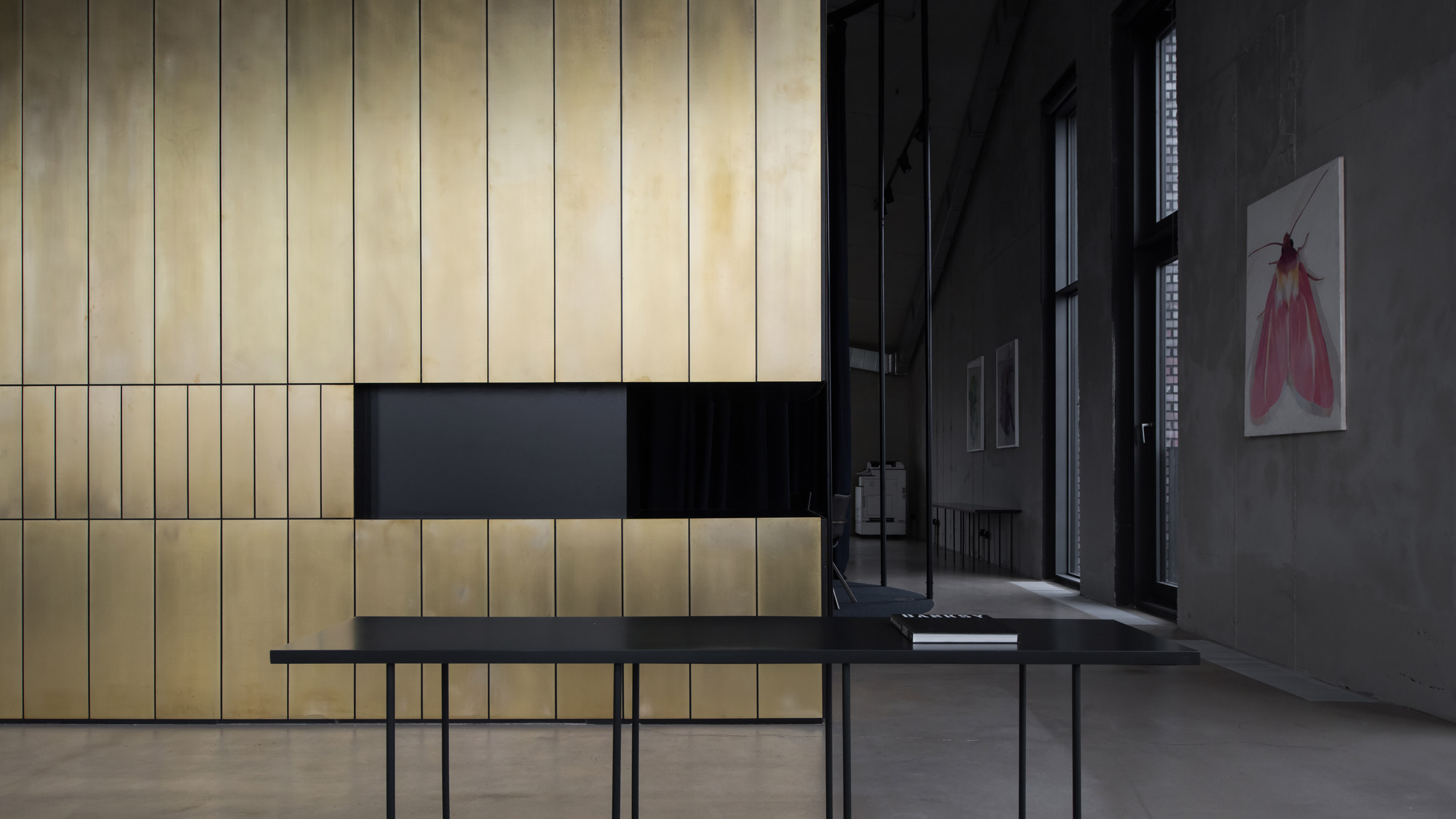 Golden-hued volumes and a huge rotunda-like frame help arrange the layout of this office in Moscow, Russia, designed by Alexander Volkov Architects.

Locally based Alexander Volkov Architects was tasked with forming “unusual and spectacular” interiors for the sales office of the building in Moscow’s NV-9 Artkvartal residential complex, where it occupies the top floor.

It is situated just off the city’s Yauza River on the Serebryanicheskaya embankment.

Rather than using traditional partitions to carve up the office’s 180-square-metre floor plan, the practice opted to erect a handful of freestanding elements.

“They’re kind of space anchors, around which life in the office circulates,” explained the practice.

“They accentuate the individual character of the space and manifest the purpose of the office.”

A pair of 3.5-metre high volumes clad with panels of brass divide the space into a sitting room, meeting room and desk area for members of staff.

One of them accommodates toilet facilities and a small kitchen, while the other is integrated with storage cupboards.

The meeting room is delineated by a five-metre-high round black frame. It’s fitted with a heavy navy-blue curtain that can be drawn across to provide privacy and muffle the sound of people speaking.

Other than a few artworks and potted plants, the office has otherwise been kept simple to complement its raw-concrete structural shell.

A bespoke light fixture made by the practice serves as a stand-out decor feature – composed of 25 round bulbs, it illuminates a scale model of the NV-9 Artkvartal development that’s displayed on a table directly underneath.

Soft furnishings in the sitting area are upholstered in slate-grey fabric or black leather.

Space Encounters used plant-lined partitions to divide departments in an office in Utrecht, while Threefold Architects employed a 40-metre-long plywood storage wallto separate the private and public areas of an office in London.

Photography is by Ilya Ivanov unless stated otherwise.