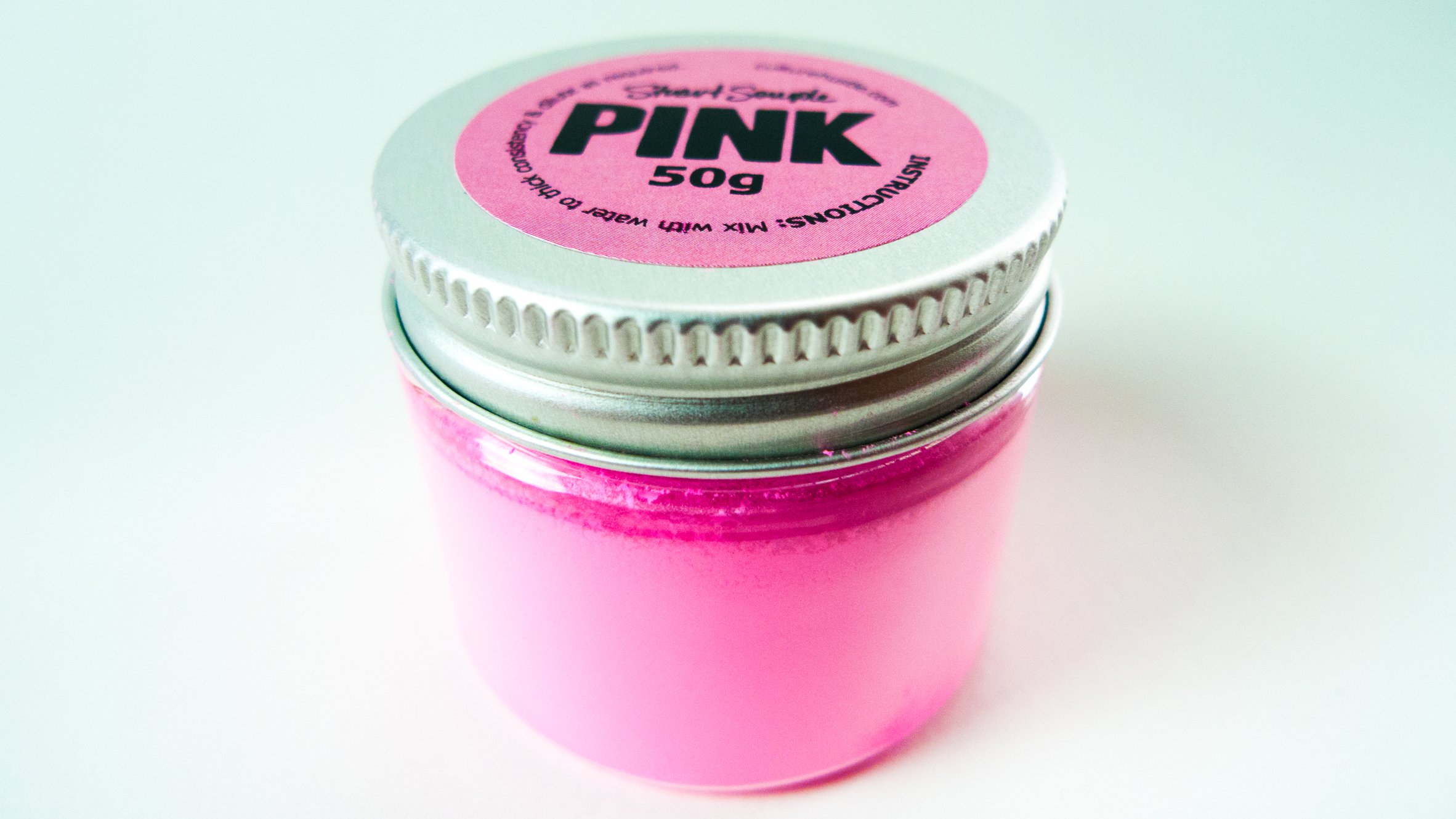 Artist Anish Kapoor has got his hands on the “world’s pinkest pink”, which he is legally forbidden from using.

British artist Stuart Semple created the fluorescent pink paint pigment earlier this year, in retaliation to “rotter” Kapoor buying the exclusive rights to the Vantablack pigment, said to be the blackest shade of black ever created.

The cerise pink shade is available to all artists except Kapoor, who is legally banned from purchasing it.

It is sold in 50-gram pots on Semple’s website for no profit, with a price label of £3.99. But customers must confirm that the “paint will not make its way into that hands of Anish Kapoor”.

But despite the ban, the Indian-born British artist – the highest ranking figure on the Dezeen Artists Hot List – has got his hands on Semple’s Pink shade – a reflective powdered pigment that repels light to effect a powerful fluorescence.

Kapoor posted a picture of his middle finger dipped in the paint to his dirty_corner Instagram account with the caption “Up yours #pink”.

Upset by Kapoor’s actions, Semple put out a call to find out how he stole the colour. He claims it was a “very shoddy inside job”.

“I was really sad and disappointed that he felt so left out that he needed to orchestrate some conspiracy to steal our pink,” he told Dezeen.

Semple also said he is determined that Kapoor should be punished for his actions, or at least apologise.

“We’ll be dobbing him in, he will be told off and hopefully that will teach him to share his colours in future,” said Semple. “It would be nice if he owned up, said sorry and gave me my Pink back.”

Instagram commenters were also disappointed in Kapoor, describing his response as “petty”. They have resurfaced #sharetheblack – a protest hashtag against Kapoor’s monopoly of the black shade.

Not admitting defeat by Kapoor, Semple has also created the “world’s most glittery glitter”, “the “world’s greenest green” and the “world’s yellowest yellow” and is urging purchasers to “refrain from sharing any with him or his associates”.

The paints are all completely sold out on Semple’s Culture Hustle online shop.

Semple posted a video mocking Kapoor on his own Instagram page last night, which records himself writing “I will be good… I will share my colours” 100 times in white chalk on a blackboard.

Kapoor’s Vantablack is currently the blackest substance known – so dark that it absorbs 99.96 per cent of light.

Made up of a series of microscopic vertical tubes, when light strikes the pigment it becomes trapped instead of bouncing off, and is continually deflected between the tubes.

It was developed by British company NanoSystems for military purposes and astronomy equipment, but the company allowed Kapoor to be the only artist able to use it.

The news sparked outrage among other artists, including English painter Christian Furr – who told the Mail on Sunday that he felt Kapoor was “monopolising the material”.

“I’ve never heard of an artist monopolising a material. Using pure black in an artwork grounds it,” he said. “All the best artists have had a thing for pure black – Turner, Manet, Goya. This black is like dynamite in the art world.”

“We should be able to use it – it isn’t right that it belongs to one man,” he added.