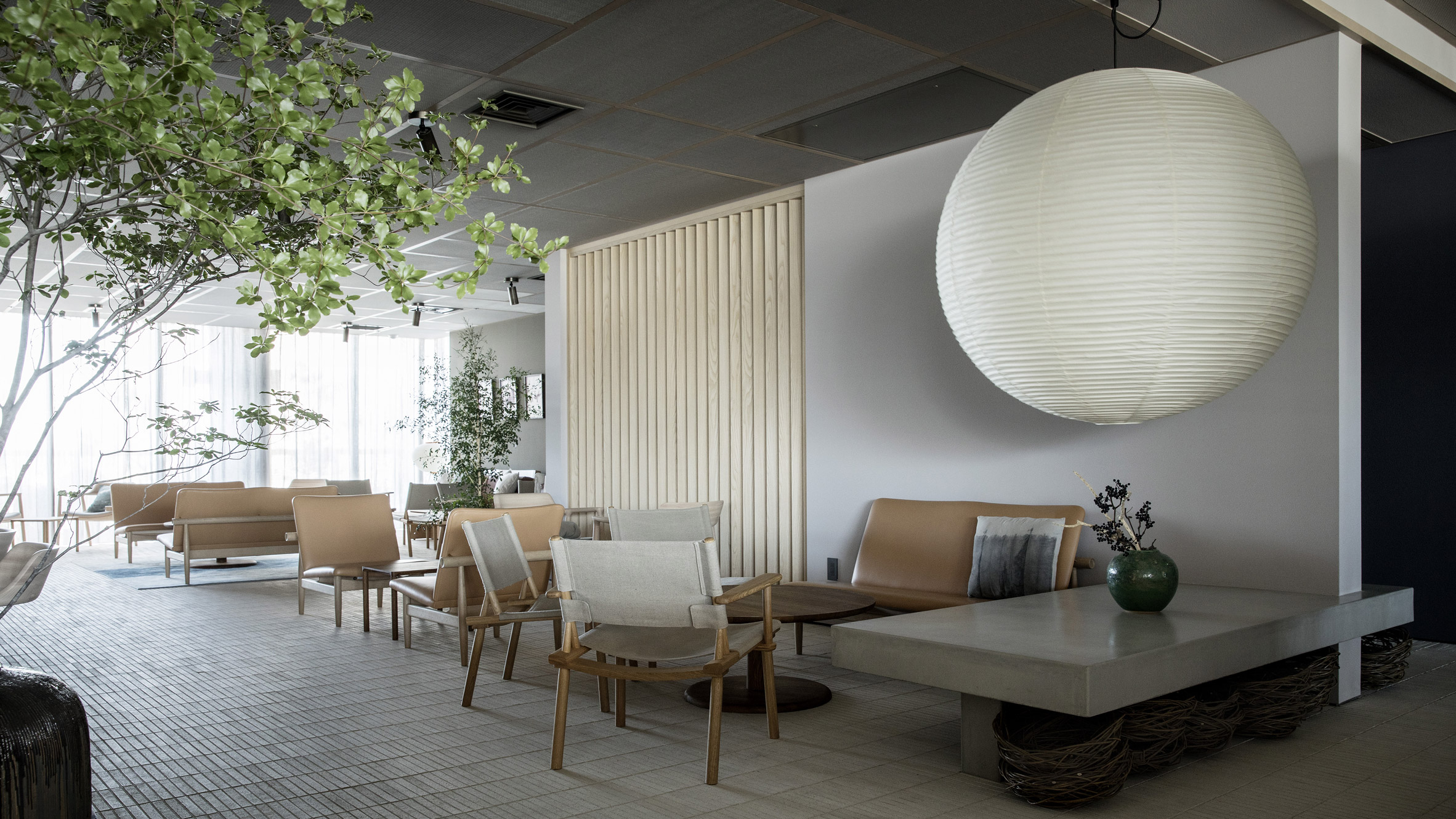 OEO Studio has referenced Danish cabinetry and Japanese gardens for the design of new Tokyo restaurant Inua, which is headed up by an ex-Noma chef. 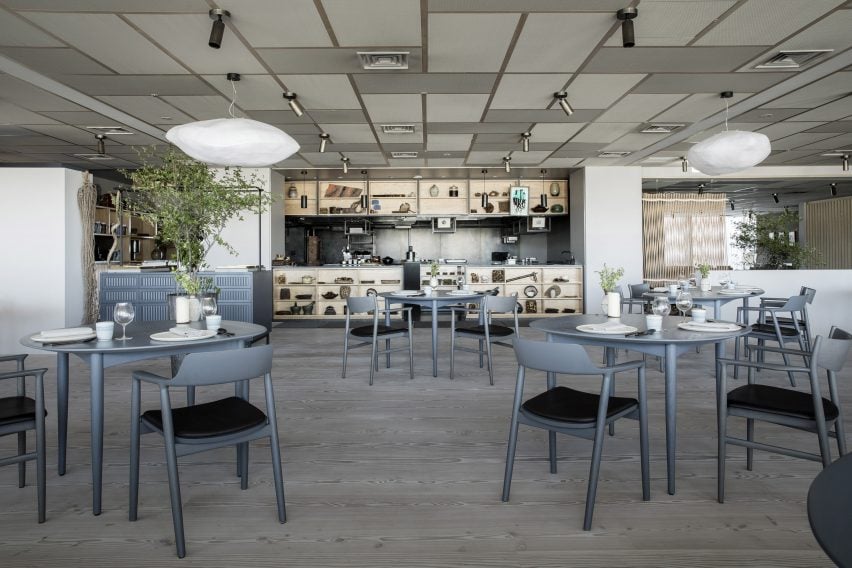 The restaurant occupies the ninth floor of a building in Tokyo’s Iidabashi neighbourhood and is led by German chef Thomas Frebel, who was previously head of research at Copenhagen’s two-Michelin-star eatery Noma.

Utilising foraged fungi, fruits, flowers and herbs, Inua – an Inuit term for the “life force that runs through nature” – will serve diners seasonal Japanese dishes that reflect the diverse array of ingredients that can be sourced from the country’s landscape. 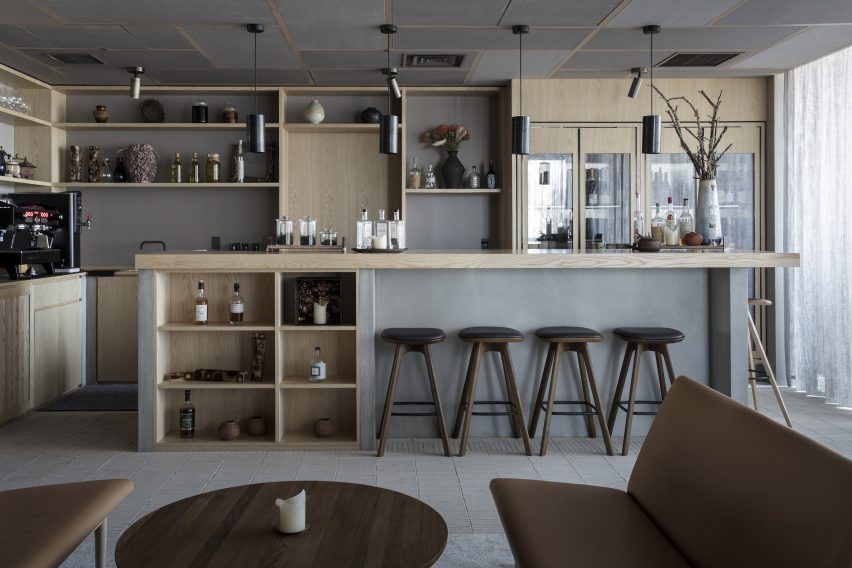 To design the restaurant’s 700-square-metre interiors, Frebel charged OEO Studio with developing an aesthetic that fused his Scandinavian culinary background with Japanese culture.

“The result is a fresh, beautiful and embracing dining experience that for Japanese natives is notably Nordic and for guests from overseas has a palpable Japanese soul,” explained the studio. 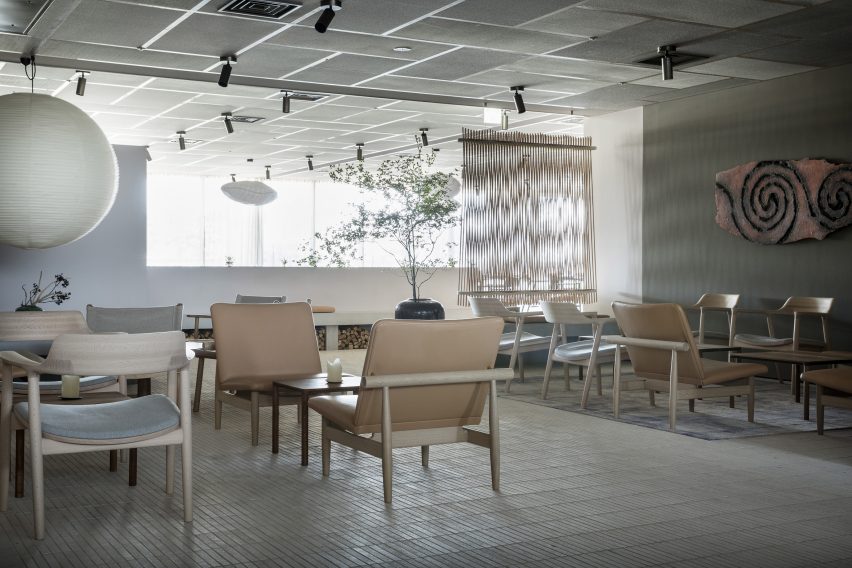 OEO Studio began by completely stripping back the space, only maintaining its core structural walls and glazed front facade, which has uninterrupted views of the Tokyo skyline.

Square panels of fabric from Nishijin – a district in Kyoto known for its production of textiles – have been applied in a grid-like pattern on the ceiling, emulating the arrangement of Tatami mats in traditional Japanese interiors. Timber floorboards from Danish brand Dinesen have been installed in the main dining area, contrasted by a short concrete walkway that leads up to the restaurant’s entrance.

This is centred by a line of geometric shapes that are meant to mimic the appearance of stepping stones that lie across pools of water in a Japanese-style garden. While a majority of surfaces have been painted slate grey, splashes of colour are added by a selection of potted plants and chunks of terracotta clay from the Japanese city of Uji. These have been mounted on the wall as art pieces or are displayed as ornaments.

Several of the fixtures and furnishings have been crafted by the studio specifically for the restaurant including the wooden shelving units that front the kitchen and the leather chairs, which were made in collaboration with design company Brdr Krüger.

According to the studio, the bespoke dining tables are also meant to resemble “pebbles softly shaped by water over time”. 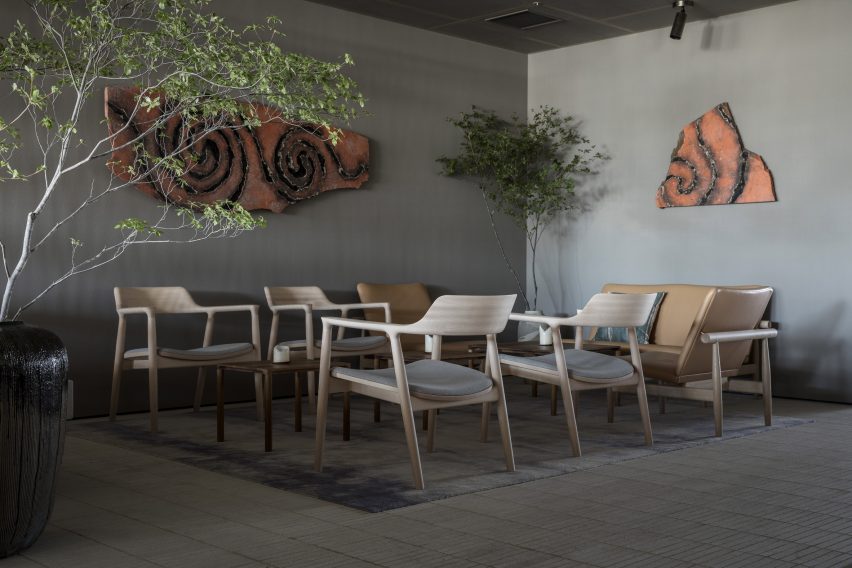 Noma continues to be an exciting destination for foodies– earlier this year the restaurant moved location to an ex-military warehouse in Copenhagen, which was overhauled by architecture firm BIG to feature open-plan dining spaces completed in natural materials.