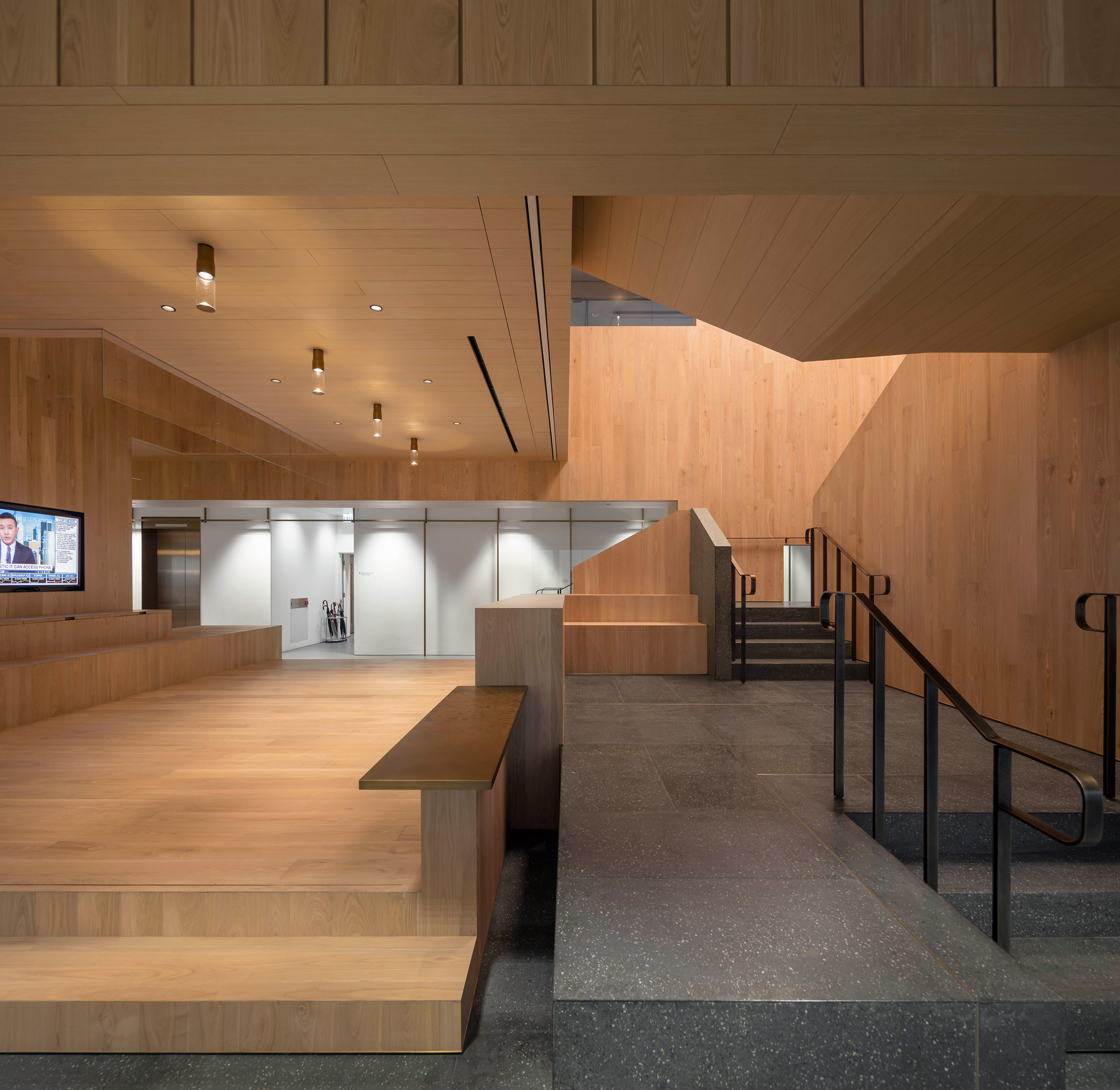 To encourage Bloomberg’s Hong Kong employees to interact more, architecture studio Neri&Hu has given them a staircase with generous landings, seating areas and strategically positioned windows.

The media giant previously had a “sculpturally iconic” spiral staircase connecting the three floors of its Hong Kong headquarters. But the company decided it would be better to swap this for something that inspires its workers.

Neri&Hu’s response was to create a more elaborate, boxy staircase that offers a variety of spaces for both informal meetings and spontaneous encounters. 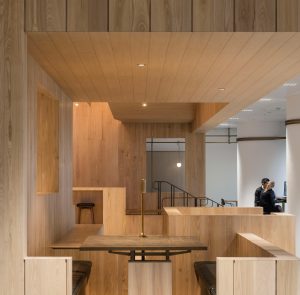 “The client’s brief was to design a staircase to connect the three different floors of their office, with the explicit rule that this stair should be used daily as the only vertical connection,” said the Shanghai studio, which is led by Lyndon Neri and Rossana

“Our challenge was to redesign a staircase that would work within the structural limitations of the knock-out panels in the floor slab, while still creating a more spacious journey.”

Called the Curio Stair of Encounters, the new staircase is deliberately less transparent than its predecessor. Neri&Hu’s aim was to “actively deny the view to Victoria Harbour” – a typically sought-after view in Hong Kong offices.