London Festival of Architecture 2016: architects Tomaso Boano and Jonas Prišmontas have created a small pop-up studio to raise awareness of how London‘s unaffordable rents and education is crippling its creative industries (+ slideshow).

Boano and Prišmontas sought to question whether London will still be a capital of art and design in 10 years time, as the cost of studios for both businesses and individuals rises. Their simple structure is intended as a model for what the affordable studio of the future might look like.

“London has always represented a hub for creative minds but recently these financial pressures have turned ‘creativity’ into an industry that can only be joined by people who are able to afford an education and pay the rent without a fixed work income,” said the pair. 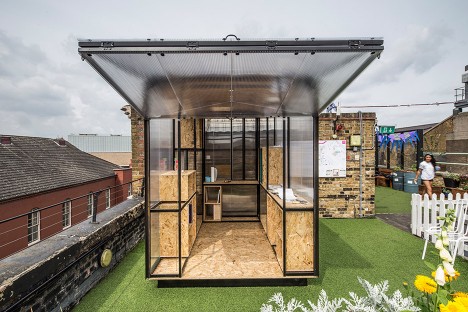 “We believe that creativity should not be linked to a social status,” they added.

“It exists and flourishes inherently within people, and therefore anyone should be granted the opportunity to investigate, experiment, rehearse and play. To do this, we need more affordable spaces.” 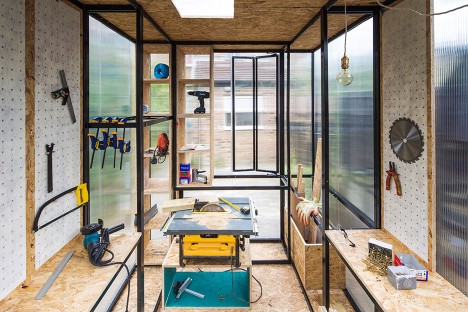 The studio is named Minima Moralia after a text by German theorist Theodor Adorno, which aims to stimulate reflection on the “damaged lives” of London’s creative workforce. It has a steel frame with foldable walls made from panels of translucent channelled cladding and oriented stand board fittings. 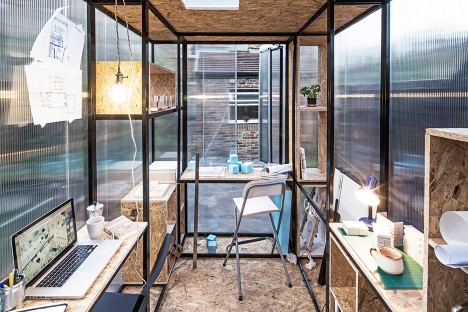 Boano and Prišmontas propose the studio as a replicable model that could be make use of the capital’s disused yards and wasteland, giving designers, artists, and musicians an affordable space to experiment.

It has been installed on Dalston Roof Park throughout the month-long London Festival of Architecture and occupied by local artists. 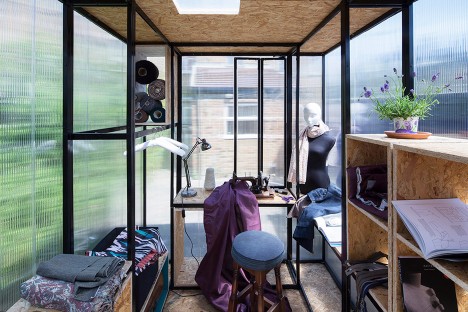 “This project is a type of urban acupuncture that targets those [disused] places and effectively brings life into them,” explained the architects.

“Minima Moralia is more than an architectural installation, it’s a programme to target abandoned or misused spaces, effectively bringing life and creativity into them.” 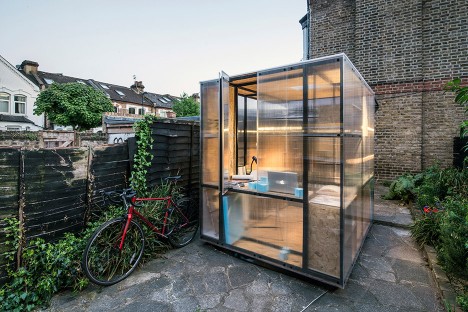 The London Festival of Architecture has been running for the whole of June across the capital, but finishes today. Other projects on show include a fold-up market stall, a pavilion filled with spinning bamboo propellers and a photographic exhibition investigating whether post-war housing meets the needs of the 21st-century family.