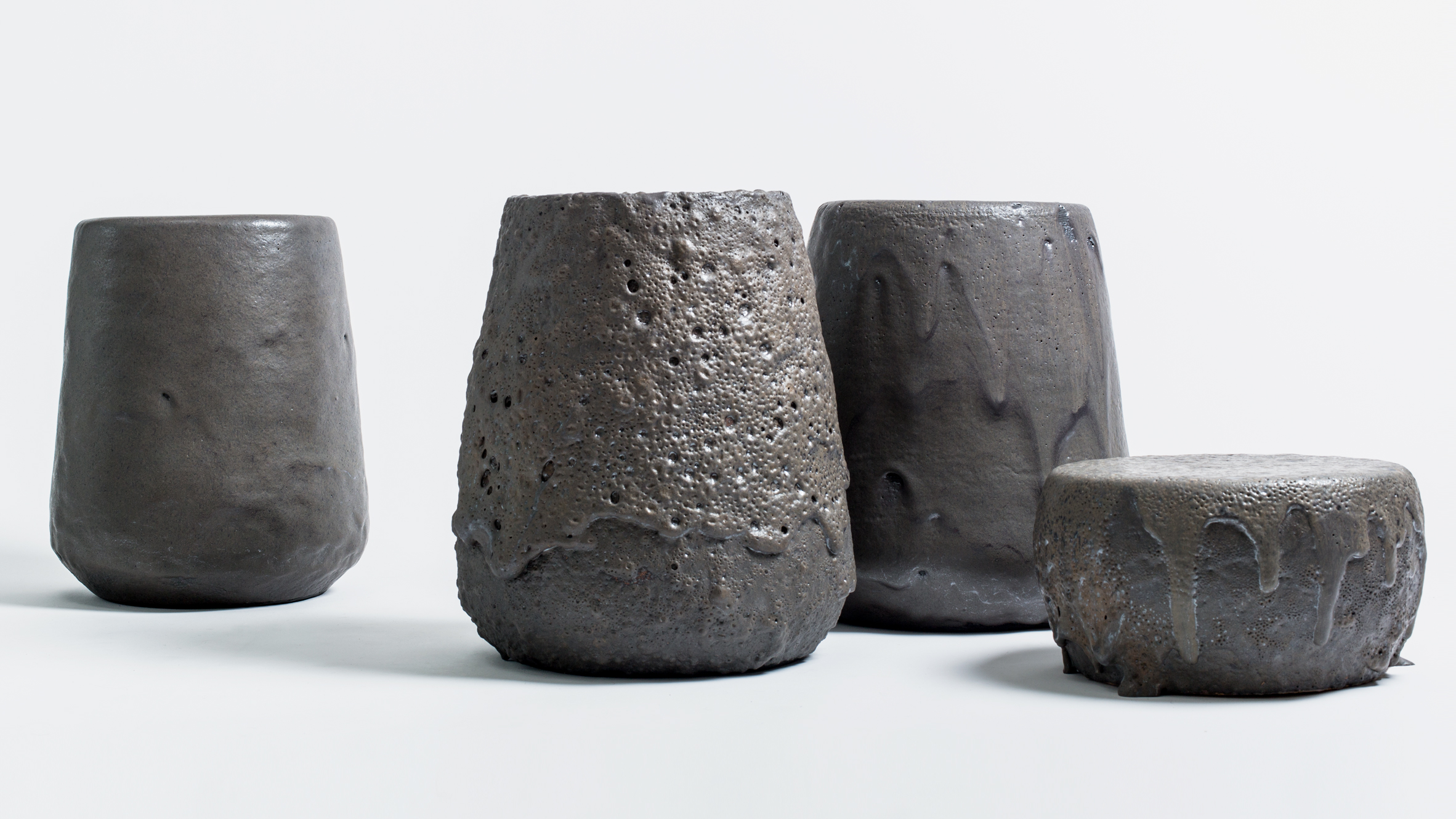 The studio coated porcelain, stoneware and concrete – all of which are resistant to high temperatures – in the lava. The result is furniture with rough, smooth or drip-covered exteriors.

By controlling the temperature, GT2P could produce this range of different finishes, using heat to influence the final texture and colour.

“The control of this natural matter allows for the potential for soft and rough pieces, and through this unique sculptural process each piece develops its own unique texture,” said the studio. “The Remolten series celebrates nature’s ability to create beauty while paying homage to Chile.”

GT2P collected a porous lightweight rock known as basaltic andesite to create the stools, visiting the slopes of active volcanoes to collect it. The studio’s home country has 2,000 volcanoes, with 500 of them still active.

The furniture, which was created for New York gallery Friedman Benda, is a continuation of GT2P’s ongoing investigations into volcanic rock. It has already incorporated the material into a collection of lights, using smoothed chunks of lava as dimmer switches.

As part of its early Remolten experiments, the studio also created smaller, solid objects, made using moulds. This allowed them to trial the effects of different temperatures and produce pieces such as jars, candleholders or kitchen tools – which make the most of the material’s durability and heat resistance.

Incorporating the lava with a base object allowed the studio to create larger objects, and progress to stools and other furniture.

“These experiences create a great potential for volcanic lava to be disseminated from Chile to the rest of the world, creating bridges between the academic, the artistic, the industrial and the artisanal world,” added GT2P.

As a result of its versatility, volcanic rock has also been turned into everything from shelves to cups and plates.