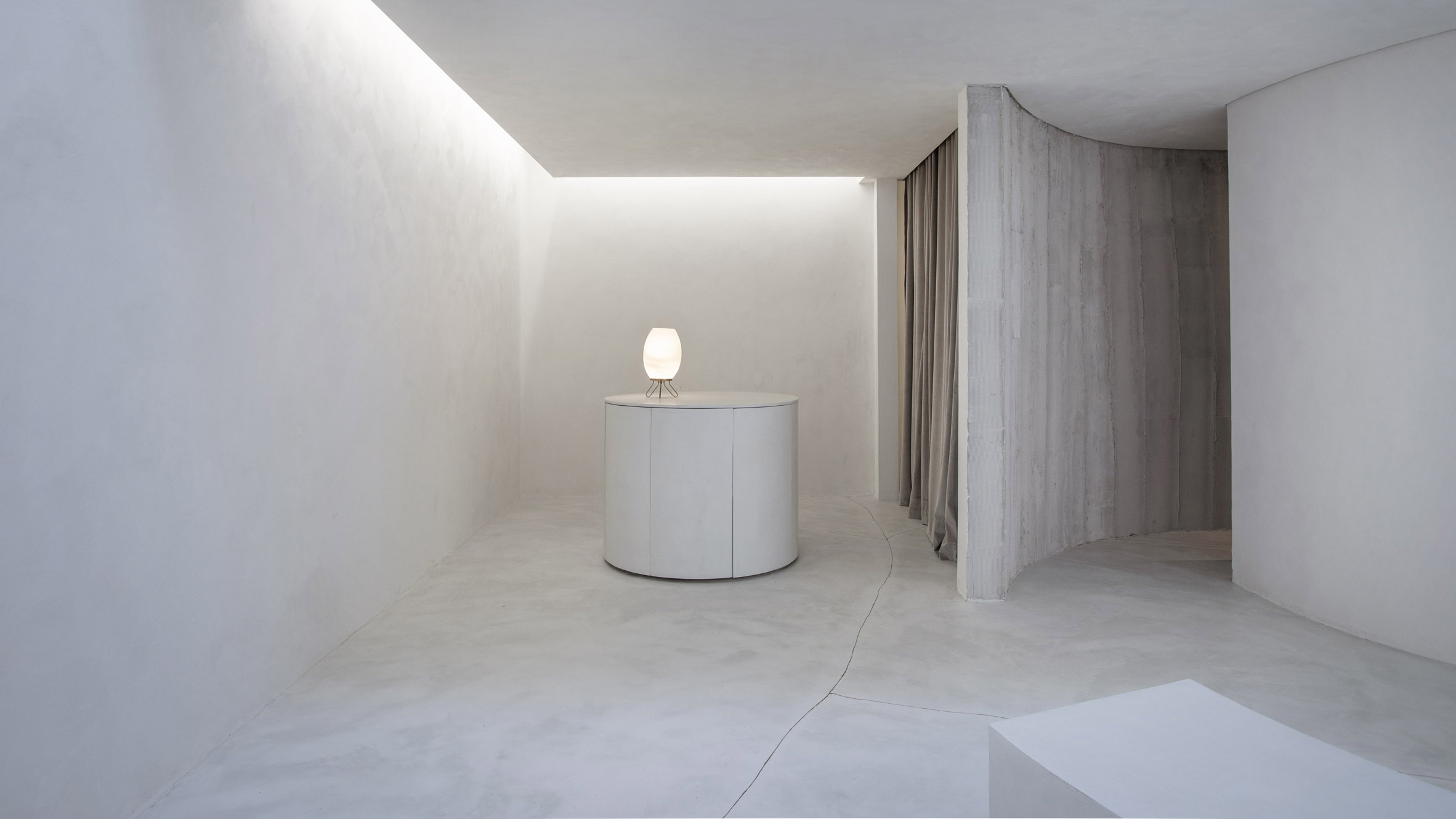 Brazilian firm MNMA has used render, wood panelling, and limestone to complete the minimal aesthetic of this shoe shop in São Paulo.

The studio overhauled a concrete structure in the Brazilian city to create the retail space for local company Selo, which specialises in handmade shoes.

The white cement exterior and pale tones of the interior – which comprise materials including wood and textured render – are designed to continue the aesthetic of the sidewalk outside.

“The studio’s core process of developing ideas from outside to inside and the pursuit of a fluid circulation led to the final layout and the sidewalk alignment as a continuum, so to offer seamless accessibility for all,” MNMA said.

“The choice of cement slates and frameless glass reflects the urbanity, but in order to achieve some lightness it was pigmented to detach from its surroundings,” the studio said.

Inside, some walls are left with a rough texture marked by striations and wood paneling, while others are rendered.

The renovation of the 100 square-metre shop caused the existing flooring to crack in several areas. Instead of replacing it, the MNMA chose to implement Kintsugi, a Japanese art technique that involves filling cracks with powdered or lacquered gold.

The team also created a circular skylight, which was influenced by works from American artist James Turrell, that punctures the ceiling in the atrium.

“Inside, the atrium was remodelled to deliver a rounded skylight with a clear view of the sky, not only for illumination, but also for a playful contact with nature, weather, the passage of time and to have some human scale perspective, reminding us that we share the same sky,” the studio added.

Curved benches and tables, also made from cement, furnish the interior along with a massive cylindrical volume erected in its centre. Many of the pieces are reproductions of mid-century designs.

Other features of the project include a cylindrical bathroom sink made from curved limestone – the process involved applying flame to the stone to give it its rugged texture.

There is also a large circular mirrors and a cement staircase that also doubles as shelving for displaying shoes.