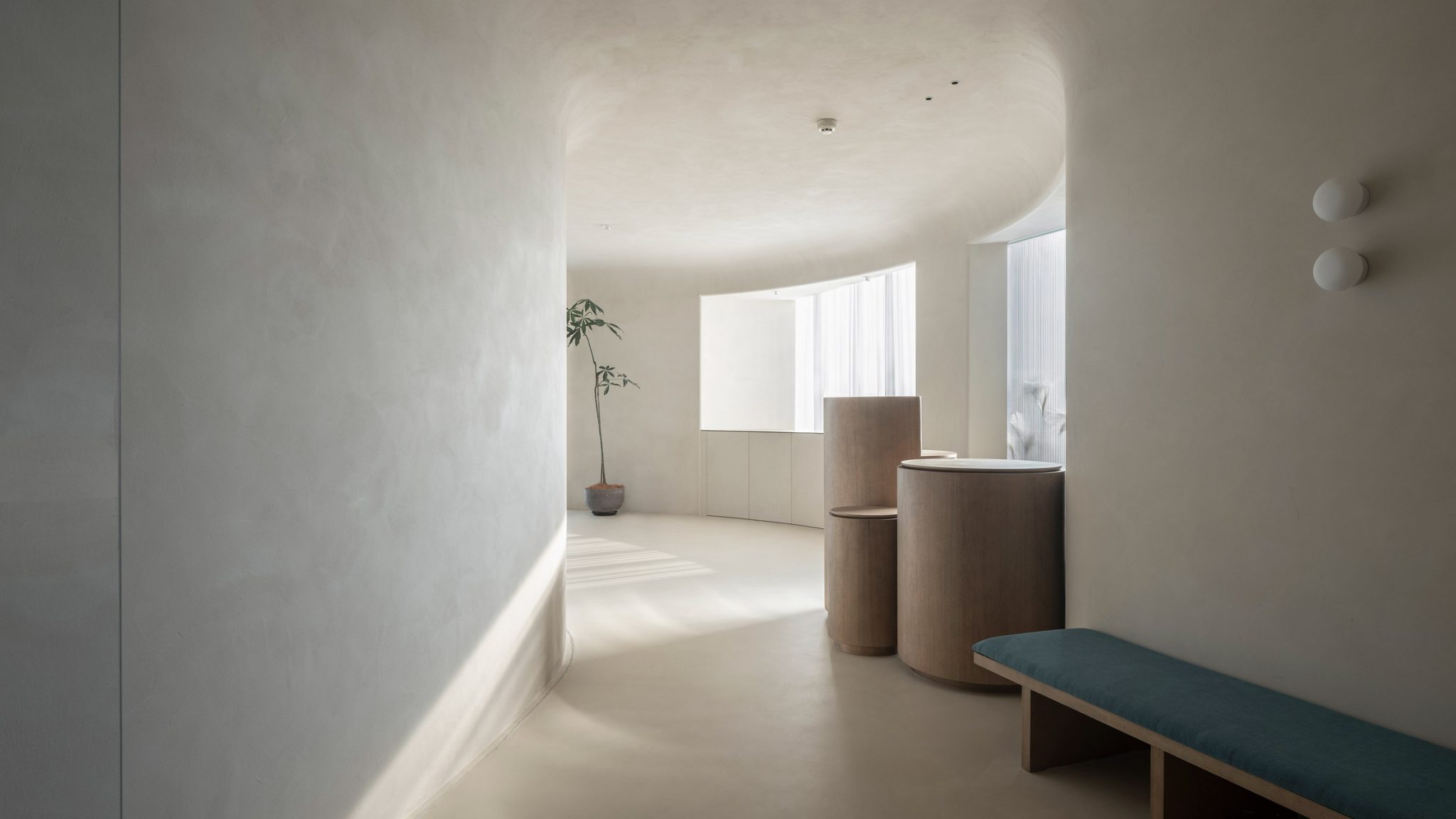 Located on the 13th floor of a commercial building by the Qiantang river in downtown Hangzhou, the Soul Realm Spa offers spaces for massage and meditation.

This was achieved by inserting a sequence of circular treatment rooms with curved ceilings into the centre of the plan.

“If we observe life carefully, we will find that straight lines are mostly found in man-made objects while natural objects are mostly curved,” the studio told Dezeen.

“Whether it is mountains or rivers and streams, they are curved and full of changes and they have more charm and vitality than straight lines.”

According to Atelier Right Hub, the circular plan was informed by the shape of traditional Tibetan singing bowls – a type of inverted bell used for meditation.

The walls, ceilings and floors are made from white clay and blend seamlessly together. They have a textured finish, which the studio likens to “walking barefoot on earth”.

“These memories are both unfamiliar and longed for in modern cities. Only when you feel the earth barefoot will you let go of your defences – this is also a way we hope spa guests could enjoy real relaxation.”

Each massage room features a brass garment hanger and storage tray suspended from the ceiling, where clients can store their clothing and jewellery during treatments.

Curved clay walls also wrap the perimeter of the floor plan to create a curved corridor where the studio has positioned resting areas, a lobby and the foyer.

“The interior space is similar to caves,” said the studio. “The curved ceiling, streamlined walls and the visual axes that revolve around the twists and turns form a fuzzy space-time context that is difficult to synchronize with the outside.”

A series of large, geometric windows punctuate the corridor, including an arc-shaped window that illuminates a small resting area and reveals expansive views of the city’s downtown area.

Its form is echoed in the semi-circular sunken lounge with green banquette seating next to the window.

Other cavernous spas around the world include the Europhia Spa by DecaArchitecture, which is carved into the base of a mountain in Greece, and a subterranean spa in Brooklyn, New York.

Photography is by Studio FF and Studio RH.